About anorexia – anorexia a game of control

Anorexic sufferers and carers will be helped by this article.  It will show you what lies behind anorexia, giving tips, effects, causes and stories on how people who are anorexic overcome anorexia.

About anorexia – anorexia a game of control!

Low self-esteem produces a game of control.  It causes people to suffer in silence and suffering that can lead to anorexia.

Do you struggle with painful feelings about yourself, as a person?  We can have so much in our western world, but lack the one thing we most desire, acceptance and a feeling of self worth!

Tania was a beautiful teenage girl yet, despite receiving compliments, she felt unable to accept them.  Her distorted image of her body led her to become anorexic.

This article is not primarily about the signs and symptoms of anorexia.  Its purpose is to help the reader discover what lies behind the eating disorder called anorexia nervosa.

First of all, we need to understand how low self-esteem and anorexia are related.

The Link Between Low Self-esteem and Anorexia 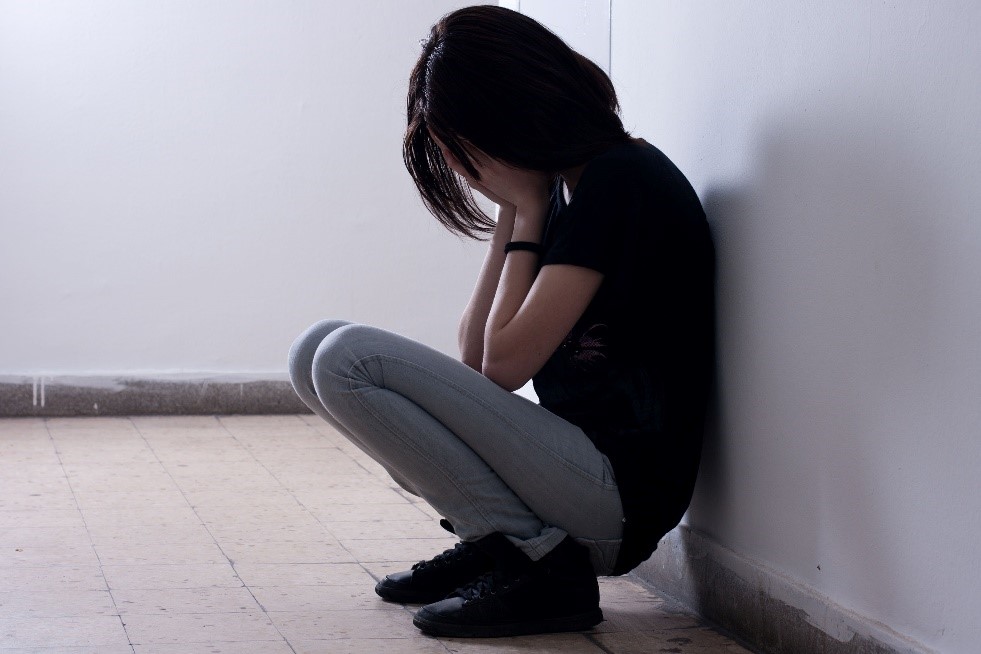 A sense of low self-esteem can be caused through inadequate nurturing as a result of emotional, physical or sexual abuse as a child.

Abuse is when a person uses their power or position to force another person to perform in order to meet their needs.

Emotional abuse is the subtlest form of abuse

Most of us at some time or other, whether to a greater or lesser degree, have been victims of emotional abuse. It could come from anyone who has a position of authority who requires you to perform in order to have his or her needs met.

Tania was a victim of emotional abuse. Her self-rejection grew as her parents were not able to meet her emotional needs even though she lacked nothing materially.

A generational root cause

Emotional abuse usually begins as a generational problem. Tania’s parents did not know how to meet her needs as they themselves had unmet needs. They were what we call an ‘adult child’, searching for someone to nurture them and fulfil their needs.

Tania sensed these needs and subconsciously sought to fulfil them by ‘being there’ for her parents.  As opposed to the adults ‘being there’ to meet her emotional needs!

Tania listened as her parents shared their challenges but neither of them were able to spend quality time with her to allow her to open up and share her concerns.  Tania had a false sense of security because she felt needed, but lacked someone to care for her own needs.  This left her feeling abandoned and abused because she was not being affirmed.

As Tania did not have her own emotional needs met she was left with feelings of low self-worth, emptiness, loneliness, self-hate and depression.

To compensate for her feelings of low self-worth she grew up putting more emphasis on doing’ rather than being’.  This set the scene for Tania to become anorexic!

Can you relate to Tania in some way?  Do you feel empty inside wishing someone would meet your inner needs?  Keep reading and you will discover how you can become all you can be.

It has been said that addictions are an attempt to hide the real ‘me’ from the outside world.  Addictions can come in many forms to help you feel better, change your mood and avoid painful feelings. In an attempt to avoid pain one can subtly be led into deception, lies and denial.

Anorexia Nervosa was Tania’s way of changing her perception of herself and her intense, irrational fear of being fat kept her in a cycle of deception and control. Let’s look at how this cycle works.

A sense of control is often conveyed by those with low self-worth. To avoid others seeing the real person, and in fear of falling victim again, they may either control others by being assertive, or control themselves by being non-assertive.

Tania’s mother confided that she felt Tania used her eating disorder to control and manipulate her. It was like Tania was, consciously or subconsciously, trying to control both herself and her mother.

The Non-assertive Approach of Control

The person with a non-assertive approach sees self-worth as being based on what people think about himself/herself: it is important at any cost to gain the approval of others.  To achieve their goal of acceptance, sufferers of anorexia go to extreme lengths.

It is important to note that in endeavouring to deal with low self-worth, a person can swing from being non-assertive to assertive, or visa versa. One can start out as an assertive achiever, as we will discuss in the next section, and swing to become a non-assertive, non-achiever or “loser”.

The non-assertive approach produces a cycle, which begins with denial and a desire to please because of fear of rejection.  These people become resentful and angry with themselves and others when their goal is not achieved, which leads to depression and increased feelings of rejection of self or others. Then in order to feel better about themselves, they begin the cycle of control again.

The Assertive Approach of Control

The person with an assertive approach strives to feel good about himself/herself by meeting certain standards.  Feelings of never doing well enough or being good enough can create a fear of failure, which results in both a drive for perfectionism and control of self and others.

Life becomes a problem to be solved for anorexia nervosa sufferers.  They are constantly caught up in ‘doing’ rather than ‘being’ content, restful and enjoying life. If you have feelings of never doing well enough or being good enough you will know what I mean!

The perfectionist has inflexible rules on how people should act or think. Deep down, it is felt that self-value is obtained only through achievement; therefore new challenges or other people’s opinions are threatening, as the perfectionist feels that mistakes are to be avoided at any cost to prevent shame.

The assertive approach produces a cycle

The assertive approach also produces a cycle, which begins with denial and a desire to control self and others through fear of failure. To achieve this goal the assertive person is legalistic and critical of self and others. These people become defensive and angry when their goal is not achieved, which leads to feelings of loneliness and depression. To feel better about themselves they begin the cycle of control again to achieve their goal.

Life becomes a game of control!  How do we get out of this cycle we get ourselves into through low self-worth?

For all who struggle with low self-esteem, I invite you to click here and learn about inner shame and how to break free from it.

As a trained nurse I strongly recommend that you seek professional help if you are anorexic.