Let me share some secrets about men. It could help you to understand why a man’s sport seems much more important to them than whatever the women is trying to say. Here goes…

One of my personal favourite saying is: “Getting a word in edgewise when two women are talking is like trying to thread a sewing machine while the motor is running”. Hilarious!

This statistic was originally made popular by Louann Brizendine when she wrote a book entitled “The Female Brain”. She revealed some time after the book was published that the numbers came from an “unreliable” study. Subsequent studies have suggested that in fact men and women share an average of about 16,000 words each a day! Fancy that, men talk as much as women! So we all speak about the same number of words in a day.

There are differences between men and women

It’s true that men and women are fundamentally different but it’s never more starkly polarised than when you look at how men and women deal with problems and how they communicate those problems.

I want to focus on how men deal with problems which will hopefully give you a further understanding of why he won’t open up to you and why he would rather watch sport!

Does this conversation sound familiar?

Mark: “Sure thing babe, and by the way you’re beautiful and I love you”.

We then get in the car mere hours later…

Roslyn: “To the shops”

Roslyn: “I told you all this before if you had bothered to listen! I hate having to tell you everything twice!”

Are men like this because what you say is boring to us? No way ladies we simply crave the headlines. If you give us too much detail we get all lost and confused.

All we really need to know is “You. Me. Shops. Today”. That’s almost too much for one sitting!

Women are great multi taskers, while men specialize in one thing at a time!

From my experience women are adept at having numerous conversations at once. I have witnessed conversations between groups of women that have traversed innumerable topics in the course of only a few minutes! It’s a phenomenon! 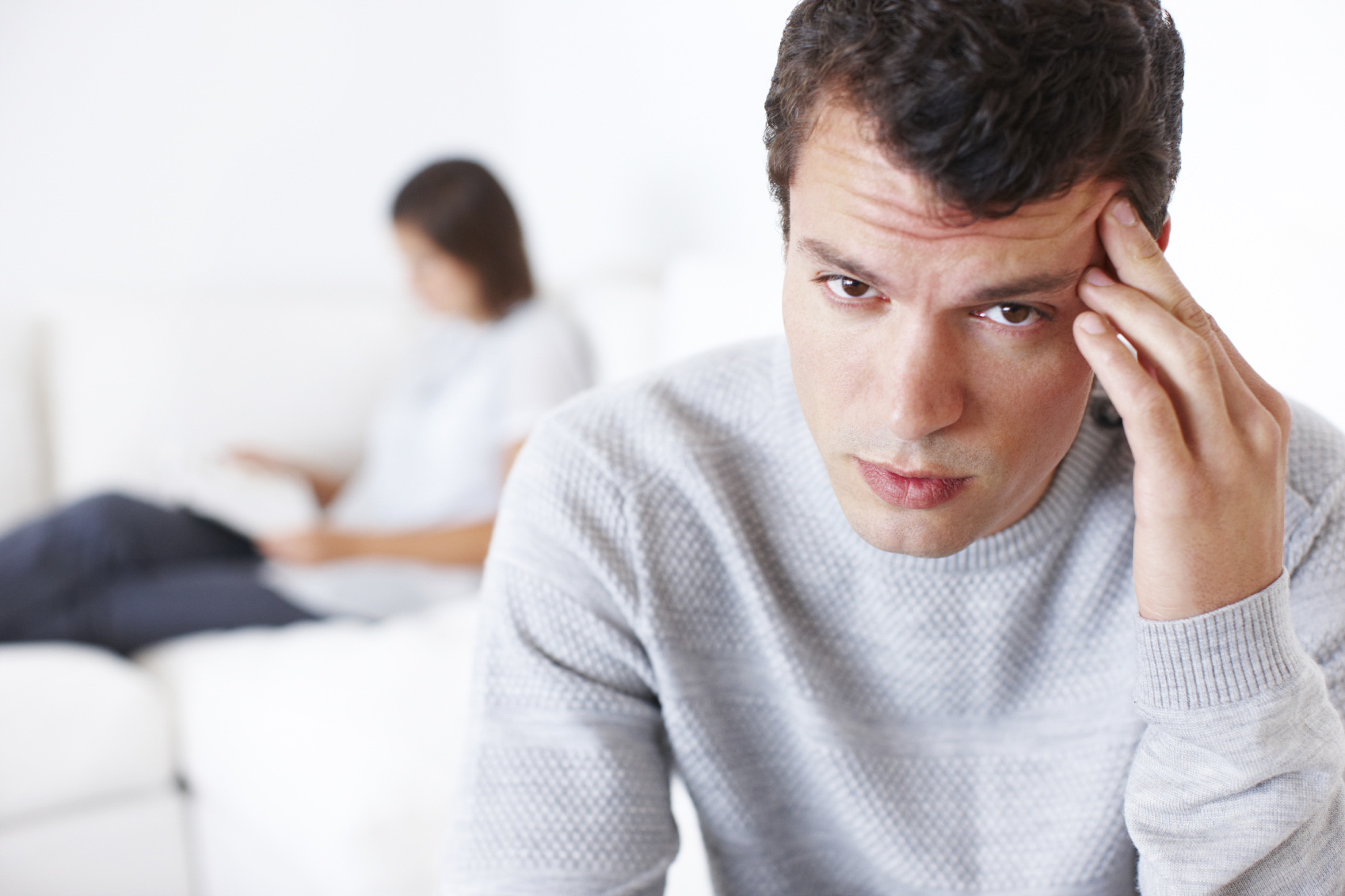 When there is a spare moment and I want to share work or other issues with my wife I have discovered that my multi-tasking wife can do about three other things at the same time as listening to me.

It annoys me because I feel like she’s not interested unless she gives me her undivided attention. (One thing at a time). She’s annoyed because she has to stop what she’s doing to listen when she knows full well that she could have completed six other jobs during that time. (Multi-tasking).

I understand she can multi task, yet I still feel she’s not interested if I don’t have her full attention

I choose a time to talk when she doesn’t need to be doing all the other things so she can look me in the eye and I have her full attention. Women,  don’t make him feel that you’re not interested or he may stop communicating the important things.

It’s not that we don’t listen to you, we really do, oftentimes there are other issues going on inside us and we don’t have the additional space to store the details.

When my two pre-teen daughters come to me with their broken toys for fixing I have trained them to write it down. They are learning that I am always working off a list otherwise I simply won’t remember.

My wife makes lists for me. You should try it with your man. Tell him the headlines then write it down on a list, preferably where he can see it – in the kitchen.

God made women to talk through their problems and discuss them with other people, usually a girlfriend or a group of girlfriends. Every detail of the problem is up for grabs, every angle is analysed, and in the process grows closer to the girls she took along for the ride. She’s a relational being.

Men do the exact opposite! They go silent. They retreat into a mental space where they  grapple internally with the problem until they solve it, make a decision about it and then they come back out and move forward with their plan.

It’s that problem solving? A lot of men feel condemned for not being able to communicate how they feel. Try to remember a man needs time and mental space.

When you push him too soon he will clam up, get angry, push you away – and then he’ll feel terrible and you’ll feel even more alone.

I agree with you ladies, cricket is a boring but it may just be the alone time he’s craving to mentally sort out the things that have been concerning him.

Want to find peace of mind?  Watch this video and discover real peace.

In this article the writer sought to give communication skills to help you understand the differences between men and women and how to communicate better and be a better communicator!